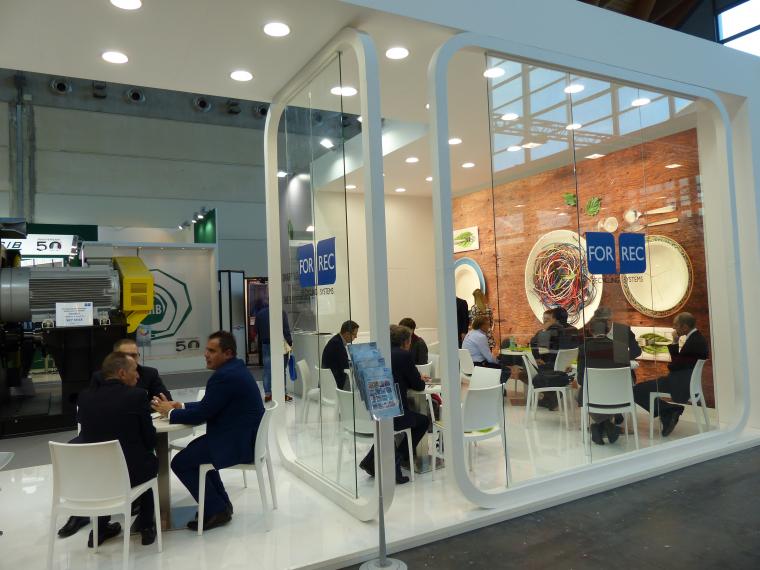 The year 2017 was packed with events. It began, as usual, with our participation in the international electronic waste recycling convention, the IERC conference in Salzburg. Then came the IFAT EURASIA fair, held in Istanbul in mid-February, an event that saw Forrec attract a steady customer flow and gain new leads from both Turkey and several middle eastern countries.

In March Forrec attended the sixth edition of the Dubai-held BMR, the international conference on recycling in the Middle East (held alongside the WETEX fair, also in Dubai, where Forrec has exhibited for some years) and three fairs in Eastern European countries (Poland, Bulgaria and Russia). The latter saw good visitor attendance, demonstrating that waste treatment is an ever-more topical subject that demands discussion and assessment.

Recycling-Technik in Dortmund was a big challenge as it was a new event for Forrec, held in an area bristling with competitors and attended by a well-informed public. The result? Establishment of excellent links and huge interest in the presented product range.

November kicked off with ECOMONDO, a not-to-be-missed fair for Forrec. This event has always brought us success, and the steady flow of long-standing partners and new contacts showed that this year was no exception. The show POLLUTEC in Lyon together with our French agent company Decoval and at the end of November came two conferences in CAMBODIA and MYANMAR. These offered a great opportunity to present Forrec to the municipalities of these two countries, both of which are enjoying exponential economic growth.

Two key events were held in December, one in Chile (FITGA), the other in Brazil (WASTE-EXPO). They highlight a growing awareness of environmental issues in South America and, above all, openness as regards the technologies supplied by Forrec.